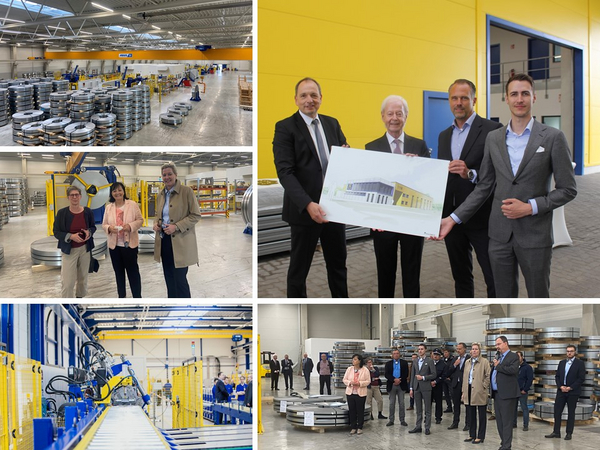 The second factory for the production of customer-specific special profiles in Industriestrasse has been in operation for a few months. It was officially inaugurated today. Due to the pandemic, both a proper topping-out ceremony and the official opening have so far been canceled. So KÖNIG owner Gerd-Hinrich Döscher and everyone involved were all the more delighted to be able to toast the success together.

Oliver Rokohl, spokesman for the management, emphasized the achievements of all project partners during the small celebration: “Despite the pandemic and economic uncertainties, we completed our construction without traffic jams last year. We stayed on schedule and within the scope of our economic goals - and we know that this is no longer a matter of course in many construction projects these days. "

From the groundbreaking ceremony to the start of production, it only took eight months - exactly the goal envisaged, in order to be able to manufacture and deliver orders on time. This success was achieved by joining forces. In addition to the employees in the field of special profiles, who have ensured the smooth commissioning with a lot of experience and commitment, he thanked in particular on behalf of the management

By the way: If it says KÖNIG, KÖNIG is also inside ...
In the interior of both buildings, drywall profiles and ceiling panels from the company's own delivery program literally came into play. And even employees of the KÖNIG personnel service were at work: They are at work for a customer who was entrusted with the technical building equipment.

KÖNIG is confident that it will at least double its sales in the area of ​​special profiles this year compared to the previous year - and that it will achieve its growth targets for the next few years.

This should lay the foundation stone for the second expansion stage of the plant, said Oliver Rokohl. Incidentally, the expansion of the Fühlingsberg industrial park played a central role in the decision in favor of the Moringen location. KÖNIG was an investor from the very beginning in the expansion of the Industriestraße industrial estate. The company has already acquired additional adjacent properties in the Moringer industrial park. The plans for the construction of another production hall have also been largely completed.

"We see ourselves well prepared for the future in the group of companies - both in our personnel services division with a total of 25 branches in Germany and Austria as well as in the area of ​​profile systems, whereby our investment in this location represents an important milestone," emphasized the managing director finally. 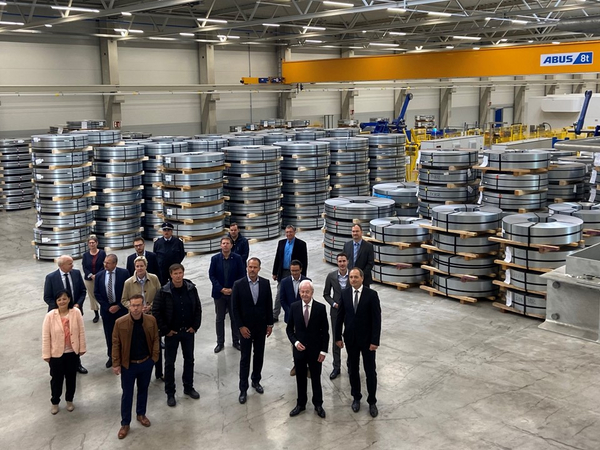